The activity for this post was made using Smart Notebook and I’ve uploaded it to Smart Exchange for you here: Transformations using Logos

Do you remember the Logo Quiz Game hysteria of mid October 2010? I sure do! In case you don’t, the Logos Quiz game was released as an app and consists of pictures of logos with words and identifying characteristics removed, so that you, the app consumer, can guess which company paid for advertising in the logo game.

To me, this was more than just an opportunity to show people how much TV I watched as a kid. It was a recognition of the regular use of mathematical transformations to define images. So I made an activity out of it for my Algebra 2 students. I’d give them a logo, placed on a coordinate plane, and define one portion of it as the shape called f(x). From there, they needed to identify how the other portion of the logo got there, using transformations. Here’s the Mazda logo, for example.  I outlined the left side in red, then asked for how the blue side was could be made from the red. Simple answer, y= f(x) is red so y= f(-x) is blue. 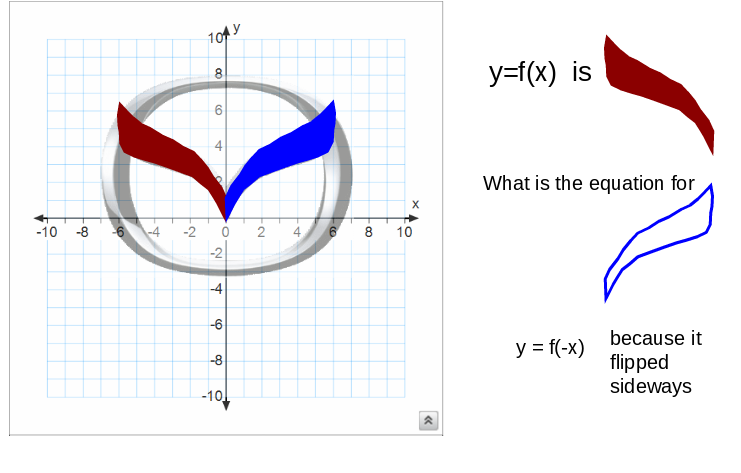 I did this with several more logos, like Buick: 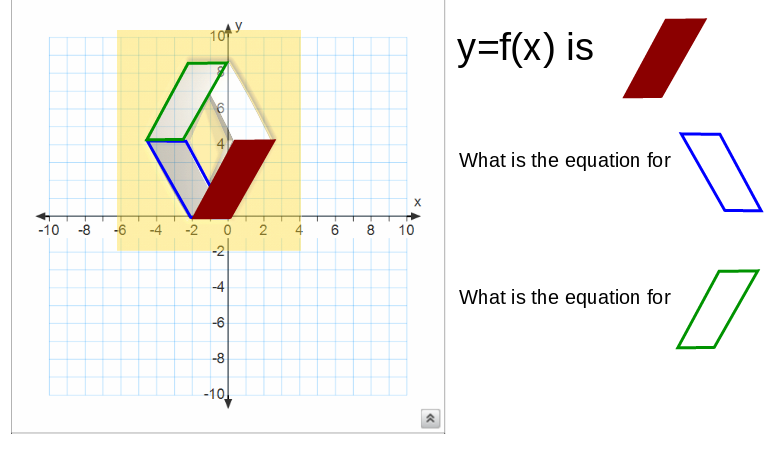 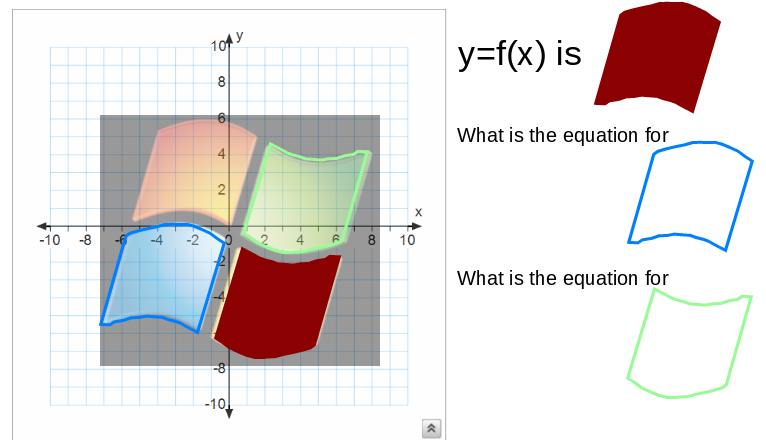 These were all fun to do, and my students began to recognize the transformations around them. Which led to the best part of the activity…the blank page at the end. Like I mentioned earlier, my students at the time were heavily into the Logos Quiz game, so as an exit ticket from class that day, I had them play the game on their phones in class (in partners to alleviate phone shortages) but not for the purpose of winning and comparing scores. This time it was for the purpose of identifying the transformations in the logos used in the game. They took screenshots of their favorites, sent them to my email, and the warmup the next day was their selected transformations. I love this activity. So did my students. I gave them a few examples, but the game gave them these: 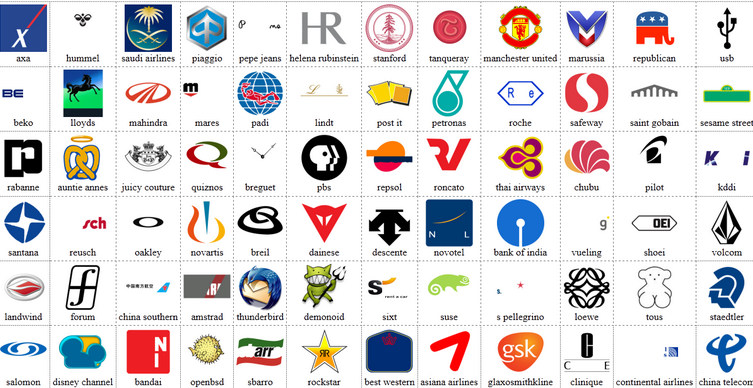 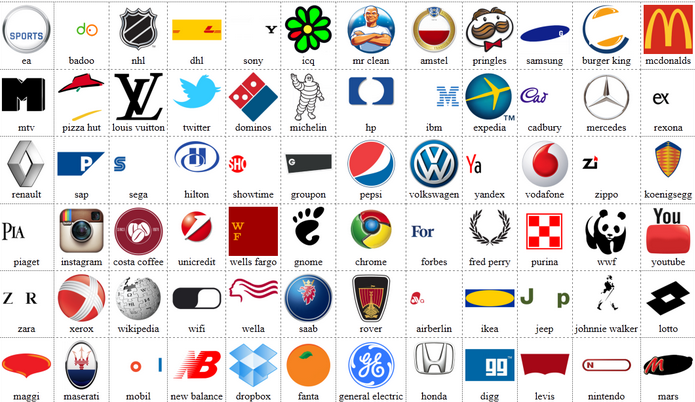 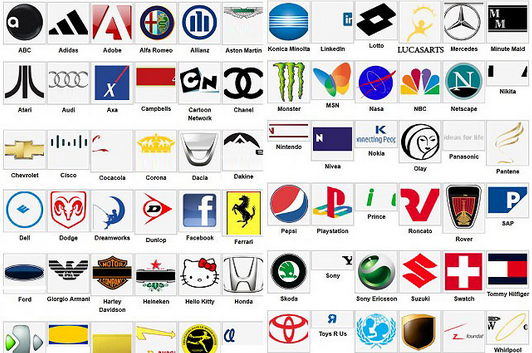 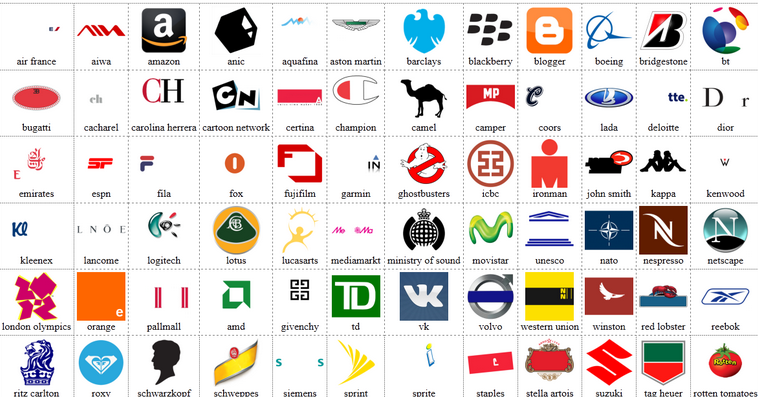 The lesson can be found here on Smart Exchange. I did it using Smart Notebook when I had a Smartboard in my classroom, and it is very easy to replicate on any interactive board. Smart and Activeinspire make it easy to trace shapes on screen, which is how I created the logo sections. There are iPad apps that you can use, and Desmos can animate your transformations too. Use what you have and what you like.