Today was a hard day, for a while. Our dog, Scout, has been with us since 2007. She’s a bichon-shih tzu mix and is a sweet, docile family pet. 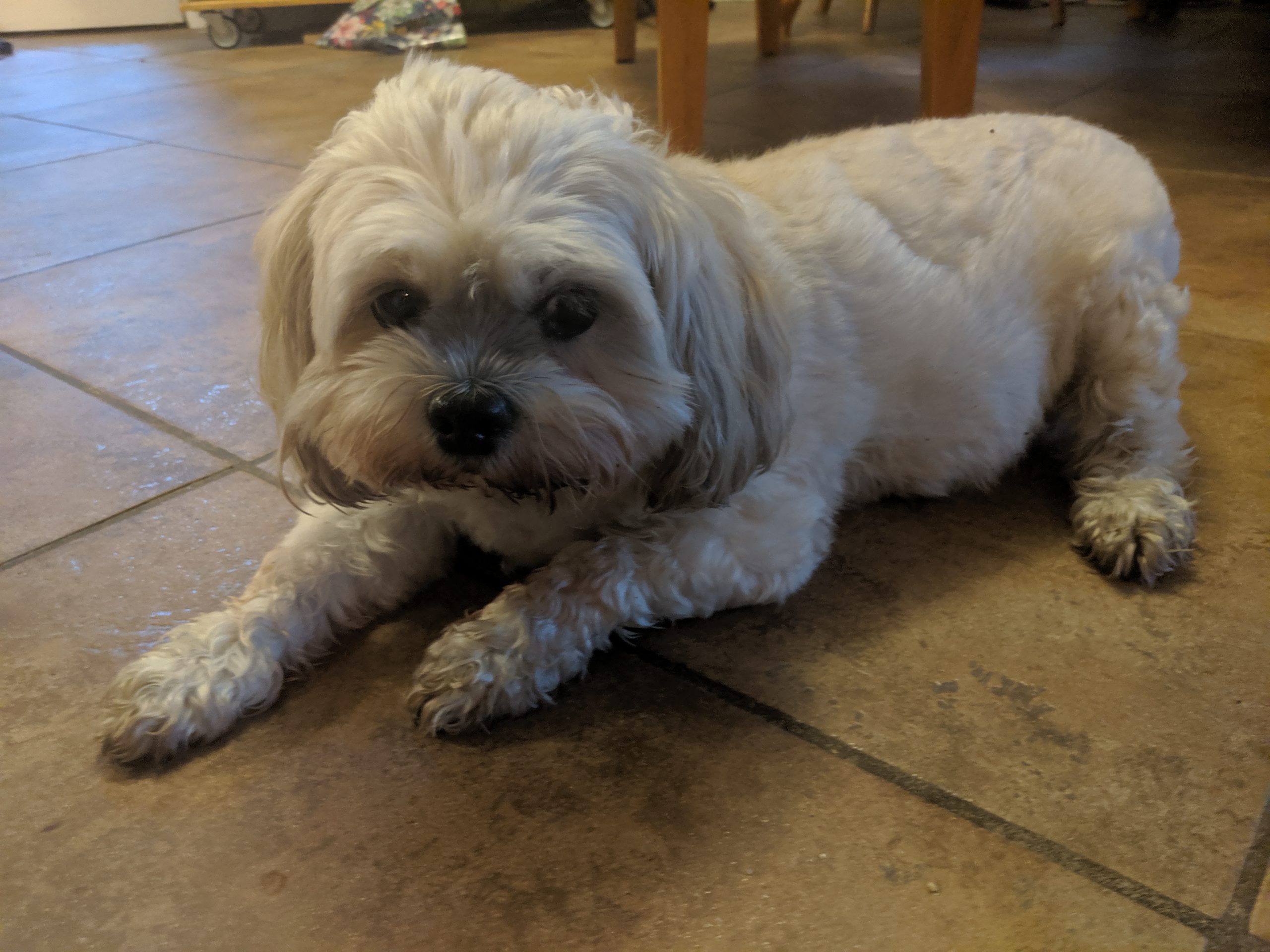 In fact, we’ve had fish who’ve made more of a commotion than Scout does. She hasn’t been herself, so I took her to the vet yesterday for a checkup and a grooming. This morning, when I was cleaning up an accident she had in the kitchen, the vet called to tell me that Scout was suffering from massive kidney failure. The vet mentioned a bunch of numbers that were way off the charts and suggested I bring her in. I’d anticipated that this may be coming from her recent symptoms, but nonetheless, having a conversation that included the phrase, “there’s a chance she may not recover from this,” was not high up on my Quarantine To-Do list. I woke up my wife and told her where we were going, so she got up to sit with Scout for a while before we left. Scout is still at the vet for care and observation, so I’m waiting to hear more in the next couple days.

My wife wrote on Facebook that “This has been a very difficult day.” No other details other than we’d gone outside in the rain to play for a while.

This is where something unexpected, something magical happened. Someone commented on my wife’s post with a simple, “Hang in there. Sending you all loves every time I drive up and down the street.” That person was my elementary school music teacher. She grew up a few houses up the road from where we now live and her parents still live in that house, so she visits often and brings them things they need, especially now due to Covid-19 measures. My wife is now an elementary school music teacher.

I thought to myself at that moment how funny it was that my elementary school music teacher may have played in the rain on this street, too. And that now, 30 years after leaving that school, she would reach out to my wife with a simple but strong message of kindness and support.

But it doesn’t end there. About an hour and a half later there was a knock on the door. Yes, really, a knock on the door. When I opened it, there she was…my elementary school music teacher, wearing a mask and bearing a gift. A board game she had two copies of that she thought would make a great escape for our family tonight. It’s from 1987…a year when I was a student in her class. As soon as we finished dinner the family dove in to play. It was fun, challenging, distracting, and full of the love of a kind friend. Just what we needed.

To my teacher and friend, Ms. Smith, thank you. You are still the wonderful human I always knew you were and always told people you were. And thank you for modeling friendship, kindness, and connection for my children, too. At a time when we were struggling with the absence of a family member, a friend stepped in.